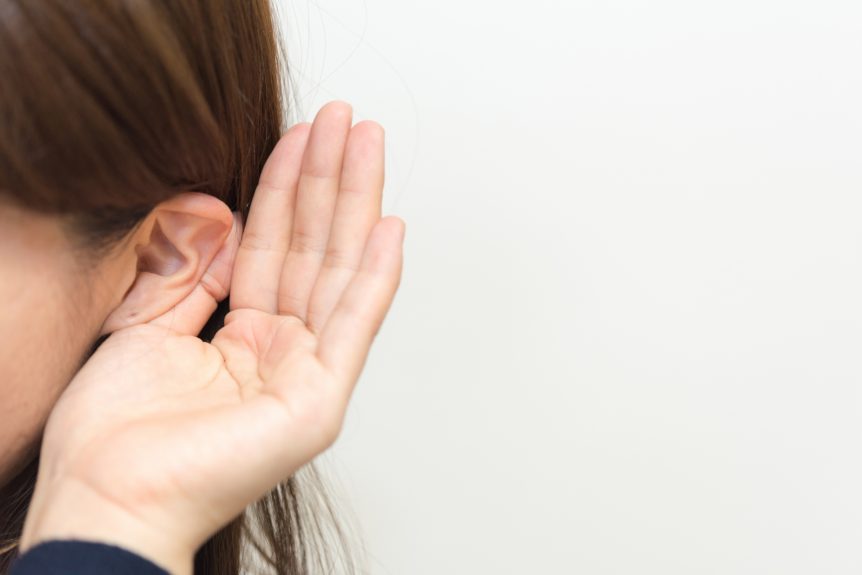 Tinnitus is a symptom you feel a sound in your ears or head when there is no sound source in the surroundings.

“Tinnitus” is thought to occur in about 3.0% of all ages.

Over 80% of those with tinnitus have hearing loss.

On the other hand, half of them have hearing loss but no tinnitus.

It can be seen from this that tinnitus occurs with deafness, but deafness does not always accompany tinnitus.

The most common cause of tinnitus.

However, the mechanism of tinnitus is complicated and unclear.

“Damage of the outer hair cells in the cochlea’s Corti organ increases abnormal signals to the cochlear nerve.”

So far, theories have been considered as hypotheses.

Others related to the middle ear due to disorders such as eardrum, middle ear pressure, and ossicles.

It is called objective tinnitus in tinnitus.

It can be confirmed that other people are ringing with a stethoscope, etc.

The tinnitus can also be heard by clenching teeth and placing the jaw in an unstable position.

The expression of tinnitus is also characteristic, and it is expressed by the sound of “tick”

However, because the subjective symptoms of tinnitus differ even at the same level of disability, it is thought that tinnitus is simply the cause of this, and it is difficult to explain tinnitus only by including the cochlea.

Tinnitus is a little more extensive and I feel in my daily practice that I need to capture around the ears, the thalamus in the brain, and the auditory cortex.

1. Highly deaf and hard of hearing

2. Hearing loss in the past and sudden hearing loss and cannot hear both ears

“Which is the worst tinnitus among 1-4?”

The only answer is “I don’t know”.

The level of hearing and tinnitus is different.

It is necessary to ask each patient carefully about the level of tinnitus.

The existence of a “pain network” is known as the reason why the level of tinnitus cannot be predicted by the level of hearing loss by each patient.

Recognize the presence of tinnitus

As with anxiety, other illnesses, and symptoms due to tinnitus, depression tends to occur due to poor physical condition (unlike depression)

Tinnitus can be heard more when the sense of distance from Tinnitus is closer.

We believe that the impact on the pain network is so great that the tinnitus that has passed for years has improved.
As a way to work on this pain network, adjustments are made “via the autonomic nerve”.