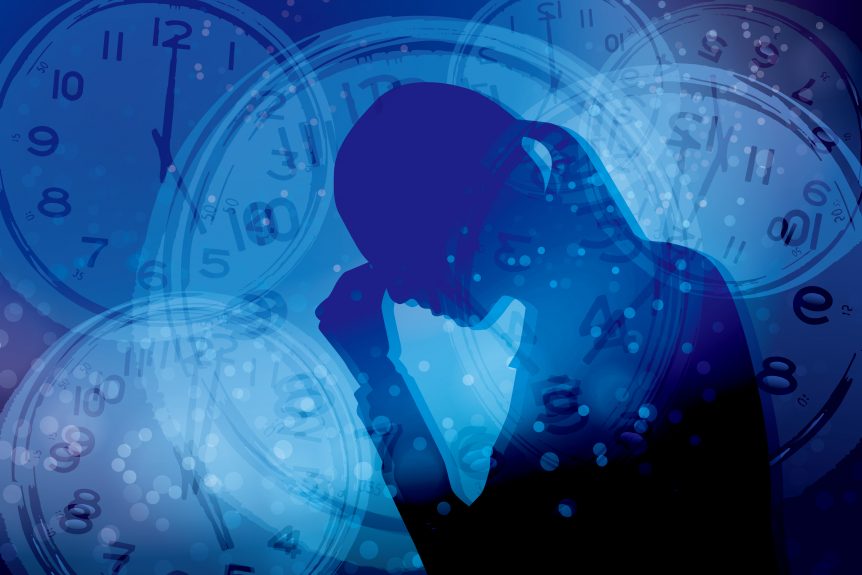 There are two autonomic nerves:

Most organs throughout the body are properly maintained by the balance of these two nervous systems.

The role of the autonomic nerve is to adjust the system of parts that cannot be controlled by own.

Such as breathing, blood circulation, digestion absorption, excretion, reproduction, and endocrine, and to adjust the body circulation necessary for life support.

Autonomic dysfunction is a condition in which these autonomic nerves do not function properly.

The center that controls the autonomic nerve is the part of the brain called the hypothalamus.

At the same time, it also serves as a hormone secretion center.

If the balance of the autonomic nerves is lost due to sudden stress, it also affects the secretion of hormones such as growth hormone and sex hormones.

Conversely, sudden changes in hormone balance that occur during menopause can lead to autonomic dysfunction such as hot flashes, coldness, insomnia, and anxiety.

The cause may be that while the brain activity increases, the amount of heavy work and daily walking decreases, and the absolute amount of physical exercise decreases.

Also, children have fewer opportunities to play outside, and on the other hand, the amount of stimulation to the body has decreased sharply, such as watching TV indoors, playing video games, and going to cram school at night.

When parasympathetic overstress occurs, the function of the intestines may be excessively increased.

The intestines themselves may become finely convulsed, and diarrhea may occur or stool may appear.

This is a symptom called “irritable bowel syndrome”.

Besides, if the overstressing state continues for a long time, the parasympathetic nerve itself is exhausted.
And the activity itself decreases rapidly.

Abnormal secretion of skin and mucous membranes and a decrease in barrier function occur, making it extremely sensitive to external stimuli.

Along with that, immunity also declines sharply.

The activity of parasympathetic nerves decreases with age when it is over 30 years old.

As a result, the barrier function against external stimuli is reduced and diseases caused by the decreased immune function are more likely to occur.

Toru Anbo from Niigata University explains the cause of allergies, focusing on the function of the types of granulocytes and lymphocytes.

“Granulocytes” are often produced when sympathetic nerves are active, and destroy unnecessary bacteria.

However, if the number of Granulocytes is too large, it will produce a large amount of active oxygen.

It will start to destroy the mucous membranes and cellular tissues in the human body, which may cause tissue destruction such as stomach ulcers and cancer.

“Lymphocytes” are good at memorizing the types of antibodies to foreign substances and play a role in acquiring lifelong immunity such as mumps and measles.

If the parasympathetic nerve is excessively increased, lymphocytes will also become excessive.

It has been reported that the number of lymphocytes in people with atopic dermatitis is considerably higher than in healthy people.

For this reason, allergic diseases such as atopy, asthma, and allergic rhinitis are all thought to be caused by parasympathetic overstress.

However, it is said that those suffering from atopic dermatitis who have used steroids for a long time have increased granulocytes by reversal, and excessive granulocyte production has caused skin tissue destruction.

Also, it is thought that the “child depression” recently heard is caused by parasympathetic overstress.

External stimuli such as acupuncture and massage can alleviate the work of autonomic nerves that have fallen into an overstrained state.

Also, skin stimulation can positively affect the brain’s hypothalamus, leading to a balance in hormone secretion.

Recent research has shown that a pleasant stimulus of “feeling good” activates the secretion of neuropeptides such as β-endorphin in the brain and normalizes the function of autonomic nerves.

The reason why you feel comfortable after receiving a pleasant treatment for acupuncture and moxibustion is that the comfort of the treatment activates β-endorphin and effectively relieves the function of the autonomic nerve.

Autonomic Dysfunction often accompanies symptoms such as stiff shoulders, coldness, insomnia, diarrhea, constipation, loss of appetite, and “general malaise” that do not indicate which location is bad.

Our acupuncture offers flexible treatment and treatment according to the specific symptoms of each patient.